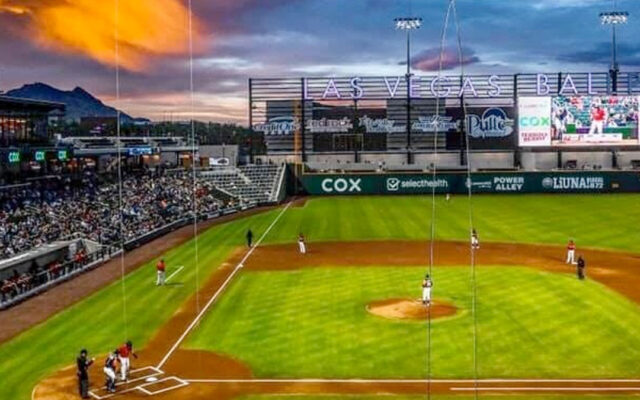 The Las Vegas Aviators have made waves in their first season in their new ballpark, being named Baseball Digest’s Team of the Year and Las Vegas Ballpark receiving Ballpark of the Year. The team achieved a higher average attendance than some Major League Baseball teams. A new ballpark is something that will always get fans excited, but it won’t last forever. Fan-centric organizations will look to grow their fan universe are leverage that initial excitement to build and grow customer lifetime value. The Aviators have set themselves up for success by prioritizing their fans and investing in their technology stack to better understand them. Here’s a little about what they did and how that’s impacted their organization:

The Aviators took a fan-centric approach to their recent move and are seeing the benefits of that endeavor. Using the StellarAlgo Geomap feature and Cohort Builder, the Aviators have been able to easily see where their fans are coming from and how that’s changed over time. This accessible data has helped inform the organization and its ownership group, in decisions related to their new ballpark and fan amenities. In order to personalize their approach, the Aviators segmented messaging based on the ideal product fit for each fan and reached out to them based on channel affinity. The Aviators sales team utilized various channels including phone calls, emails, and text messages to connect with the right fans, in the right way. In this day and age, it is so important to hit the right buyer with the right message. The spray and pray approach just doesn’t work anymore – your fans will start to tune out.

One key insight the Aviators realized when looking at their data in the StellarAlgo Geomap was the large percentage of package members who renewed their tickets during the inaugural season in their new ballpark. “By having access to predictive fan insights on the StellarAlgo platform, we were able to maintain the level of excitement that our fans experience while transitioning them to the new geographical area of our stadium. Understanding the demographic and behavioral characteristic of our fans was key,” said Erik Eisenberg, Vice President of Ticket Sales at the Aviators. Through the team’s personalization efforts and with access to automated fan insights, the Aviators were able to retain 85% of their existing fanbase – a big win when compared to the 60% retention that the club assumed it would renew.

During the season, StellarAlgo’s CDP helped the Aviators easily identify new fans who attended their games so they could connect with them immediately. First time buyer lists were used to welcome Aviators fans to the family and to begin to nurture customer engagement and affinity. The organization was also able to leverage fan insights and predictive fan attributes to identify and target potential fans who live in the vicinity of the new stadium. “We basically doubled our attendance from last year,” said Eisenberg. “We normally see a dip in July and August but this season we were steady across the board throughout the whole season. Using the dashboard on the StellarAlgo platform I was able to quickly see how various group and individual ticket sales for upcoming events were pacing. That was a daily win for me and my team.”

Attendance percentage increase was another huge win for the Aviators who noticed that attendance of their fanbase in the Summerlin area alone jumped by 15% in the 2019 season. The Aviators attribute this increase to a new robust knowledge and understanding of their fanbase and being able to easily pull segmented lists throughout the season. Specifically the Aviators focused on winning back single game buyers. “It has saved us a significant amount of time when it comes to getting great lists into my teams hands and replaced the need for internal analysis on those lists prior to being able to action them. Everything is already analyzed for us on the platform. We were able to identify past season individual game buyers, going back a few years. Using the Cohort Builder it only takes a few clicks and seconds of our time,” Eisenberg explained.

As the Aviators settle into the off-season and begin preparations for next year, they will be leveraging more of the automated features available on the StellarAlgo platform to identify new fans ready for upsell opportunities and to build on the momentum that began this past season. “The key to being able to leverage the data about past fan preferences quickly is to have it available in an easy-to-consume and real-time way,” Eisenberg stated. “Now we can start targeting those new people for more than individual tickets  – maybe they were able to come out to a couple games but didn’t have a package, so they’re a great upsell candidate for next year.“

By coupling data insights that help an organization better understand their fans with valuable institutional knowledge, teams can creatively adapt to their environment. For example, Eisenberg mentions how the Aviators had put fan comfort during the game into the new stadium plan, “One thing that we were able to do that added to the in-stadium experience was add air ventilated seating throughout the whole stadium – we are the first team to ever do that. We wanted fan comfort to be first and foremost. Even though it’s 100’F in the stadium, our seats last year would have been 150’F if they were sitting in the sun all day. This year they remain closer to air temperature. Fan amenities were critical things for us.”

By knowing who and where their fanbase currently is and has been historically, especially prior to the new stadium being completed, allowed the Aviators to make informed decisions based on fan behavior and predictive analytics. Eisenberg reiterated the benefits of having a customer data platform,  “While the raw information is available in a lot of our source systems, it would have been complicated, time consuming, and honestly not feasible to do all of that analysis ourselves. Our investment in the StellarAlgo platform gave us those valuable insights and allowed us to focus on what our fans wanted most – a great fan experience, in a great new venue.”