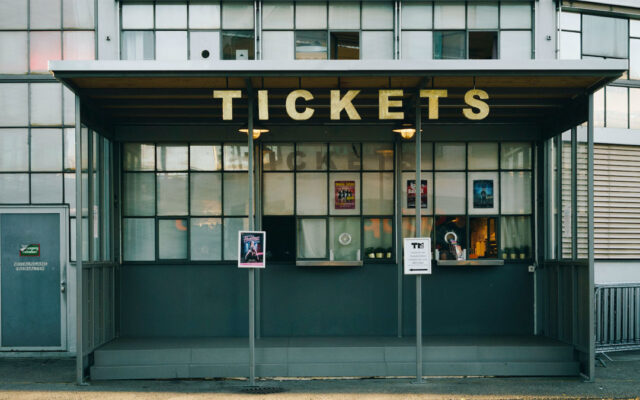 One thing we’re often asked about is when a team should start promoting a specific event. This question comes from both sales and marketing personnel who want to better understand when their messaging will resonate the most with their fans. Marketing wants to get the most from their advertising dollars and increase conversion from email marketing while sales wants to maximize the efficiency of their sales reps who are selling groups.

According to a presentation by Google at the Sloan Sports Conference, on average, 25-35% of tickets to professional sporting events routinely go unsold. More than 30% of fans who do not attend an event say they would have attended had they been aware of the event.

Questions we get asked:

In general, our data has uncovered that 60-80% of individual game buyers generally purchase tickets 8-10 days in advance of a game. Our data also finds that approximately 20% of fans like to purchase 1-3 months ahead of an event, which means that you’ll want a two-prong approach to your campaigns. However, each market is unique and many factors contribute to sales velocity (weather, time of year, opponent, etc.). Here’s how to find your fans’ tendencies.

Marketing wants to set up timelines for their single-game ticket campaigns.

Step 1 – Identify a specific game to look into

Identify a specific game and identify those properties.

Let’s say this is a team that generally draws an average crowd – not a big rival but not a game that is going to be a really tough sell.

Step 2 – Identify a similar game from the previous season

This game was identified as another ‘average draw’ game, at a similar time the previous year.

Take notice of the filters used to identify sales. We want to measure in volume, only see sold tickets (not distributed, which includes comps), and we specifically want to see individual game ticket sales.

If this game was against a big rival, you could select a similar game with the same opponent as another.

The point is to pick a similar type of game in a previous year.

Identify when sales increased dramatically in your sales pacing report from the previous year. Those high velocity areas are key times when you reached fans who were really engaged with your message.

Translate those timelines to the game you want to promote this season (and when a good time is to retarget).

Alternatively, if you’re looking to find trends through your current season, we suggest identifying a few similar games in the current season that have already occurred.

Create targeted messages connected to the specific interests of the segments you want to target (our propensity model and cohort builder helps with this) and schedule your campaigns and digital ads to hit fans during their peak time of interest.

According to the same presentation mentioned previously, 25% of fans who purchased tickets to an event during the high velocity time frame noted that seeing videos of past game highlights preferentially influenced their decision to purchase.

An understanding of who to engage with and retarget is also helped by a model like the following.

Keeping an eye on who has recently bought and who is engaging with your site and your keywords is also valuable. Using the model above, people who have purchased recently would be a good segment to target, likewise, people who are engaging with your site or keywords would be good to retarget. As an advanced technique you can break down those behavioural segments into really targeted segments like those who are value conscious.

Segment: Buyers who have been visiting the site regularly and purchased an individual game ticket in the last year.

Segment: value-based buyers who have purchased an individual game ticket in the past and who live within 30miles (or km) of your venue

Timeline: run campaign from June 26 to June 30 and again from August 4 to August 9

Track progress and performance of your list and retarget fans when necessary.

Do this for a few of your games, looking back 2-3 seasons to find your ‘average’ – the average time your fans start to get interested in a game. After that, we recommend testing and learning by playing with campaign run dates, messaging, and targeted segments.

We recommend segmenting games out by: Rival (big draws, we know our fans will purchase tickets), average (a game our fans would consider ‘normal’), tough sells (whether it’s a bad time of year or a historically less interesting opponent, these are the games that are hard to sell) as well as fans who are engaging with your website and your keywords in your game timeframe. But do what makes sense to you.

How our partners answer this question

We believe in making data actionable for our partners, which is why we have a range of capabilities that automatically update every day and take away a lot of the manual work. To answer the sales velocity question, our partners mainly use the sale by date report (pictured above). If you’d like to learn more about how we’re helping teams get the most out of their data, contact us for an intro call.