The Hops hit a home run with Fan Fest
 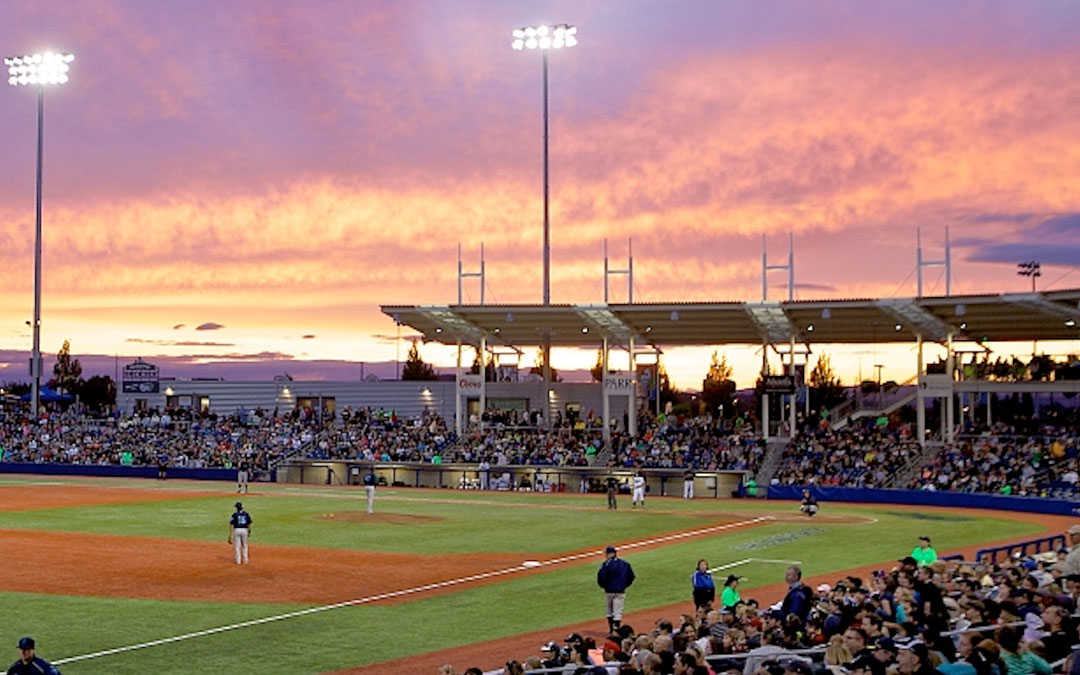 For sports teams, ticket sales and revenue are at the forefront of most organizational activities. Every season typically starts with securing a strong base of season tickets, partial game packages and groups, followed by a focus on maximizing more variable single game sales. However, fans are changing and the expectation today is that organizations must listen to their customers, rather than trying to just sell “at” them.

The Hillsboro Hops are turning out to be amazing listeners.

When it comes to winning back past single game ticket buyers, the Hops know it’s a huge opportunity (see chart on the right for an industry benchmark) and are focusing on targeted messages to specific fan groups to make those interactions more meaningful. Texting is just one of the many channels the Hops are using to push those messages out to different segments and offer up an experience that fits individual fan interests. The numbers show it’s working.

Over the past two seasons, the Hops have been using StellarAlgo’s customer data platform (CDP) to better understand their fans and inform and execute their overall fan data strategy. This has led the team to implement several new initiatives including a Rookie Onboarding Program and using the StellarAlgo CDP’s segmentation features to better personalize their marketing outreaches. As a result, the team has seen an increase of 10% in season ticket renewals and are using segmentation to increase the number of meaningful interactions they have with their fans. This year, they brought these new capabilities to Fan Fest. 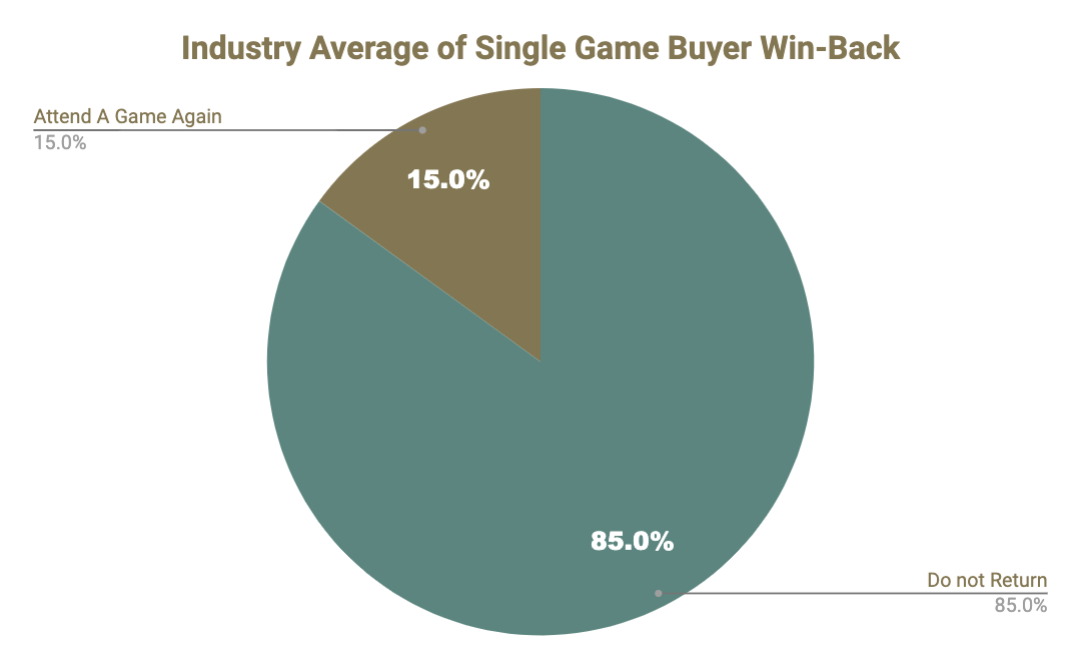 Before each season, the Hops host their annual Fan Fest event as an opportunity for people to come out to the ballpark and get excited about the upcoming season in a family-friendly environment. Some of this year’s highlights included stadium tours, on-field games, live music, and all nine of the Hops on-field uniforms on display for photo opportunities. Attendees also had the opportunity to purchase single game tickets at the stadium prior to tickets being available online.

Setting up for success

As a forward-thinking organization focused on a best-in-class fan experience, the Hops are always looking for new ways to reach out to their fans and get them excited about coming back to Ron Tonkin Field. More often than not though, when sales and marketing teams reach out to people, there is generally a heavy focus on sales (buy merchandise, purchase tickets, upgrade your package, try this new food item, etc.). This year, the Hops took a different approach when re-engaging past single game ticket purchasers. Instead of reaching out to them to promote when single game tickets went on sale, they used this opportunity to promote a free, family-friendly, annual event – Fan Fest.

To identify who best to contact about this event, the Hops started by pulling a list of past single game buyers in StellarAlgo’s platform to see the overall size and composition of the marketable universe. The team then continued to further segment that list to focus on individuals to whom their Fan Fest messaging would resonate the most.

“We’ve seen over the past year that segmentation really has paid off big time,” said the Hops Vice President of Ticket Operations, Jason Gavigan. “When we send out a mass mailing, we tend to lose quite a few folks to unsubscribes because we’re not providing them with the information they’re actually looking for or need. StellarAlgo’s platform has really helped us target those lists quickly and easily.”

The Hillsboro Hops didn’t just change who they were reaching out to, but also how and with what messaging. They chose to utilize text messaging rather than their normal email marketing approach after considering how people interact with text in their daily lives.

“We always read them [text messages], and it provided the easiest method for segmented personal outreach. We wanted to try it out and see how our fans would react. The good news is they embraced it,” Gavigan explains.

Having already segmented their intended audience, they were able to quickly take the list of fans they built with StellarAlgo’s Cohort Builder and pull it into their text-based marketing tool. The Hops kept their messaging simple with a single call to action – inviting fans to Fan Fest, a free event at their stadium, while intentionally leaving out any sales messaging.

Gavigan wasn’t worried about not including anything sales-y in their initial outreaches, “We chose not to include a sales message in our text messaging because there’s already an underlying opportunity for sales at the event. Fan Fest is the first day that single game tickets are on sale to the public so we didn’t believe we were losing anything by skipping that messaging. The more we can get them out here to have fun at the ballpark, we feel like that will lead to sales for us.”

This year’s Fan Fest event was record-breaking not only in attendance but also in the number of ticket sales, which the Hops attribute to the success of their anti-sales campaign prior to the event, and being able to identify the right prospects using the StellarAlgo CDP’s Cohort Builder and Analyzer.

The segment of fans who were contacted via text, not only responded by thanking the Hops for the event reminder but additional questions started coming in organically –  what to expect at Fan Fest, when single game tickets would be available, and how packages could be purchased.

The overwhelmingly positive response from fans was a light bulb moment for the Hops. They realized that they had opened the door for fans to engage with them in a low pressure, organic way. This new approach proved to be a non-threatening opportunity to have a meaningful interaction with a targeted group of fans, remind them of a fun upcoming event, and give them the opportunity to ask anything they want without any specific sales intent. The intentional lack of a sales call-to-action is something the Hops believed actually led to the highest number of sales they’d ever seen at Fan Fest.

The team stresses the importance of using segmentation to hit the right fan with the right kinds of messages (special events they’ve attended in the past, upcoming giveaways, and other free community events like Fan Fest). Texting gave the Hops another channel to reach out to fans, but they had to make sure they were sending messages to the ones who would appreciate that kind of outreach.

“This was the first time we used text messaging. We used StellarAlgo’s platform to make sure we contacted the right kinds of fans who’d want to be texted, and it worked,” said Gavigan. “To get a lot of very positive feedback from people, who weren’t expecting a text from us, was great! And then obviously those resulting sales were a big win for our sales teams.”

As the season continues, the Hops will continue using predictive segmentation and list building to engage with their fanbase, while also experimenting with different communication channels – including more texting.

In Gavigan’s opinion, it’s about getting better and faster at figuring out what fans want and giving them more of that to improve their affinity.

“We’re excited about the possibilities that lay ahead for us when it comes to connecting with our fans. We want everyone’s experience with us to be extremely positive – from that very first outreach, to the end of the game and beyond. We’re looking forward to continuing to make smart improvements that help our fans feel more connected to us,” he said.