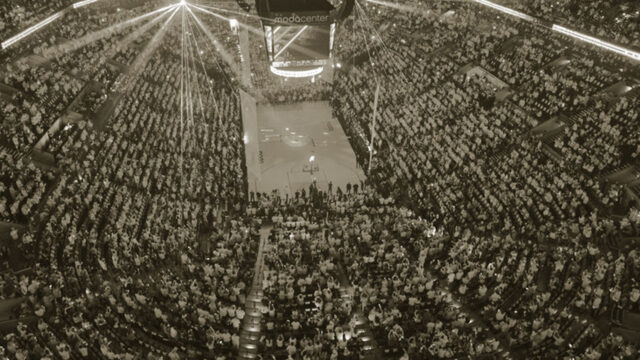 We are StellarAlgo, a Calgary-based analytics company. Our customer data platform enables live audience businesses – like sports franchises, concert venues and museums – to easily collect, organize and drive insights on their data to maximize the engagement, affinity and lifetime value of their customers. Some of our current customers include the Portland Trail Blazers, the Calgary Flames, U.S. Open Tennis, the Los Angeles Kings and the Museum of Pop Culture in Seattle.

Live audience organizations are collecting large quantities of data on their customers. Traditional tools to analyze that data are expensive, manual and lack the ability to make the data actionable. As a result, it is not being fully leveraged and these organizations have a hard time measuring the impact of their data-based decisions. Via our customer data platform, we are making data more accessible, actionable and predictive than at any time in history as organizations of all sizes can get answers to their most important questions, grow their fan bases and truly democratize data across their businesses.

One example of our technology in action is our work with the Portland Trail Blazers. We helped them achieve a +10% renewal rate increase for season ticket holders, and a +2,700% ROI.

The Blazers were selected to finish 30 out of 30 NBA teams by ESPN and the NBA’s internal retention model, which projected an 85% season ticket holder renewal rate (well under the team’s historic average). With StellarAlgo’s leadership and imbedded Retention Module, the Franchise worked to exceed league projections and retain their most loyal fans.

Using the past three seasons of ticketing CRM and Marketing Automation data the Blazers and StellarAlgo partnered on an advanced scoring and prioritization methodology to maximize fan retention. StellarAlgo leveraged an automated data feed, and was able to score and prioritize fans from day one of the season, right through renewal. In addition, as the Franchise launched retention and service efforts to engage fence-sitters, StellarAlgo was able to monitor the impact of those touchpoints and re-prioritize the fence-sitter pool.

The automated and imbedded retention module resulted in a full season-long retention campaign that increased renewal from a forecasted 85% to 95%.

“StellarAlgo has been a huge part of our success this past season. Their ability to effectively execute takes pressure off of our analytics team while also contributing an extra level of sophistication to everything we do. Whether it be retention, pricing, and/or new fan acquisition and nurturing, StellarAlgo is best-in-class when it comes to retaining and expanding our customer base.”