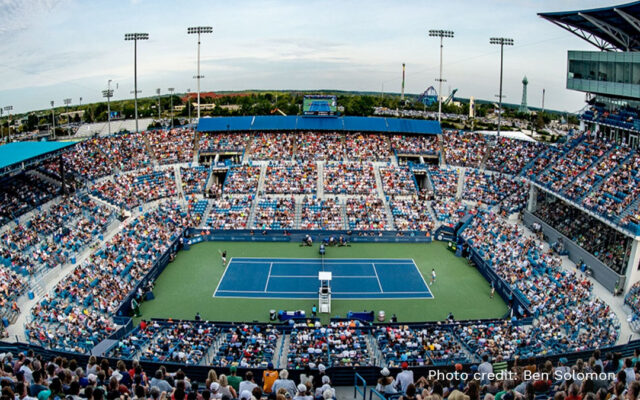 Tennis tournaments have seen an upswing in interest, which comes with some interesting challenges in balancing the interest and experience of traditional fans and the next generation of tennis supporters. Fans are demanding personalized experiences and major tournaments are juggling the myriad of expectations with some fancy footwork.

The Western & Southern Open is no exception. Over 198K people streamed through the Lindner Family Tennis Center in Mason, Ohio this past August (2019), to take in the oldest American tennis tournament played in its original city. This was the tournament’s second highest attended in its long and storied history. The team behind the tournament turned to technology to better understand their fans through data and were able to incorporate a flexible pricing strategy mixed with marketing campaign fluidity in reshaping the way tickets were sold to make the tournament accessible to any fan, and grow the game of tennis. In turn, the Western & Southern Open had the highest amount of new buyers in the history of the tournament with 7,868 new accounts created – a 27% jump from 2018.

By having a better understanding of changing fan interests and behaviors through the use of the StellarAlgo CDP, the Western & Southern Open were able to identify key preferences for matches and packages among their various segments of fans. Offering the tickets and packages most suited to each segment lead to in-tournament winback campaigns that netted just over 40,000 additional tickets sold. The personalized outreaches produced from the use of segmentation, resulted in an increase of 40% for single match tickets and 15% for partial series packages.

“Understanding what fans want and how sales are pacing for each session is incredibly valuable to an organization like ours,” said Danielle Childers, Marketing and Special Projects Manager at Western & Southern Open. “We were able to see how each session was selling on a daily basis while identifying the best fan segments for our message. The reporting available in the StellarAlgo Platform facilitates identifying which types of messages and channels are most effective for each segment of our fanbase. This informed our marketing strategy prior to and during the tournament to be able to create those great experiences that people have come to expect.”

During the tournament, dynamic pricing provided organizers the flexibility to adapt to primary and secondary market demand. For example, by easily identifying a drop in secondary market prices through StellarAlgo’s automated Venue Demand Map, the team at W&S Open were able to lower primary market prices to further fan engagement, and provide accessibility to price sensitive fans while still offering them a wonderful experience.

The undeniable upswing in interest in major tennis tournaments has created a new segment of engaged fans (read more about that in one of our other blogs). Understanding how fans within an organization’s marketable universe naturally cluster and their preferences for everything from seats, sections, and sessions, to price sensitivity is the difference between having a one-time attendee and nurturing a life-long fan. Organizations looking to further their fan understanding to inform messaging, pricing and premium experiences are turning to technology like the StellarAlgo CDP to get automated, machine learning backed insights about their fans quickly and when they need them the most.